We recently received this letter from the National Cutting Horse Association (NCHA). LifeWave's Aculife patches, for pain relief in horses, can now be used by contestants in all NCHA events! We are confident that this will give a competitive edge, and greater success, to any contestant using LifeWave's AcuLife patches!

The NCHA has been one of the United States' most respected equine organizations since its founding in 1946. 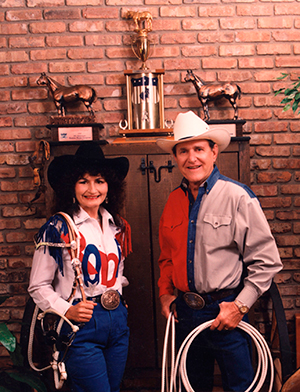 R. E. Josey, three-time AQHA World Champion Calf Roper, left his mark on the world by winning his prestigious titles on three different horses; Major Chalfant in 1970, a sorrel stallion named Toebars in 1972 and Silver Creek Jak in 1974. Toebars was ridden in 40 AQHA calf-roping competitions and won 35. R. E.'s unique skills of selecting and training winners- combined with his ability to work with both horse and rider to make them a winning team has been sought after by top ropers and speed-event competitors alike. R.E. was inducted into the Texas Cowboy Hall of Fame, the Texas Rodeo Hall of Fame, and the Ark-La-Tex Sports Museum in 2008. R. E. continues to compete in Team Roping competitions.

Together with top instructor, Jeb Barney, R. E. produced a series of video tapes designed to take calf ropers "back to the basics" by teaching the foundation necessary for beginners and essential for serious competitors going for that all important win.

WPRA, AQHA and NBHA World Champion, Martha Josey, has continued her legendary career on many horses, reflecting her keen training and horsemanship ability. Beginning in 1964 on her great gelding, Cebe Reed, this explosive pair won 7 horse trailers and 52 barrel races in a row. Cebe qualified Martha for her first NFR in l968 and again in l969. Martha later teamed up with her immortal gelding, Sonny Bit O'Both, and this powerful combination went to the NFR 4 years in a row, from 1978 to 1981. In 1980, Sonny set an all time record of being the only horse in history to win the AQHA and WPRA World Championships in the same year and continues to hold this record today.

Inducted into the Cowgirl Hall of Fame in 1985, Martha continued competing and winning on the Pro Tour Circuit, aboard a new partner, Jetonfer Pay, who she rode to the NFR, also in 1985. Swen Sir Bug, or "J. C.," qualified Martha for the NFR in 1987 and was the champion she chose to ride while representing the United States in the 1988 Winter Olympics in Calgary, Canada.

History was made once again as Martha Josey received a medal in front of 100,000 people and returned home an Olympic medallist. Mr. Revolution Bars took Martha to the NFR in 1989 and again in 1990 helping her go to the NFR in four consecutive decades. "Rev" won the 1990 All American Quarter Horse Congress and was the two-time Wrangler Showdown Champion.

In 1997, Martha rode a stunning 16.2 sorrel gelding named Orange Smash to win the NBHA Senior World Championship and Reserve Open 1-D Championship in Augusta, Georgia at the NBHA World Championship Finals.This dynamic duo has continued to win big, qualifying for the NFR in 1998, and receiving the Gold Go-Round Winner Buckle. In 1999, Martha was chosen as the Women's Sports Foundation AQHA National Female Equestrian of the Year and was also presented the Dennis D. High Award in Denver, Colorado, as a distinguished Lifestyle Leader for the Western/English Sales Association. Orange Smash received top honors as well, by receiving the 1999 AQHA "Best of America's Horse Award" and having his spectacular image captured by Peter Stone as a collectable statue. In 2000, Martha teamed up with yet another champion, Joe B Jammin who ran the fastest time at the Lone Star Finals. They went on to be the Go Round Winner at the 2001 Copenhagen Cup Finale in Dallas, Texas.

RE JoseyCombining their tremendous love of rodeo with an extensive training and teaching program, R.E. and Martha Josey, along with Team Josey, have hosted clinics and schools specializing in World Champion Barrel Racing, Horsemanship and Calf Roping at their equally famous Josey Ranch in Marshall, Texas and across the nation since 1967.

The Josey's also train and market the very best in barrel and rope horses at the Josey Ranch and offer a selection for every level of competition. Many winning competitors have purchased their horses and equipment from the Josey Ranch. R. E. and Martha host several nationally acclaimed competitions at the Josey Ranch, including the Josey Jr. World Championship Barrel Race, the most prestigious barrel race for youth, age 20 and under, in the world, and the Josey Reunion Round-Up. This unique barrel racing competition is open to all former Josey students - over 50,000 of them! Their Josey Western Store is open year-round

The Josey name is synonymous with quality, R.E. and Martha are spokespersons for a number of national companies that offer only quality products such as Circle Y Saddles, LifeWave, BigTex Trailers, CM Trailers, Josey Pro Kold, Priefert, Purina Mills, and United Vet. 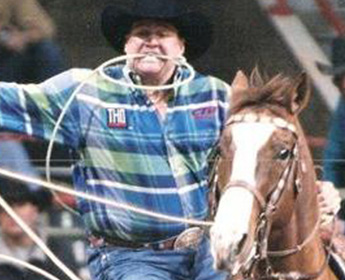 Eight-time World Champion cowboy, Roy Cooper, is now officially endorsing LifeWave AcuLife technology! Roy has won virtually every major rodeo in the country and is a member of three different professional rodeo hall of fames. AcuLife is proud to have Roy Cooper join the AcuLife team! 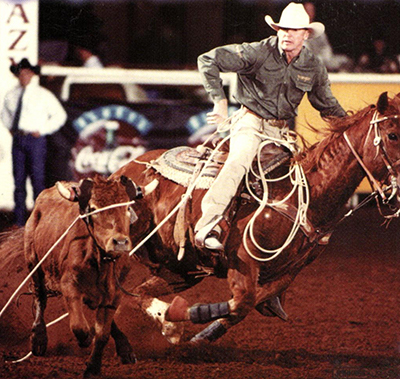 CAUTION: It is recommended that dealers/members have the requisite experience working with horses before using (training on) AcuLife patches. To help prevent serious injury or harm from kicking, it is further recommended to always stand to one side of a horse when testing for pain.